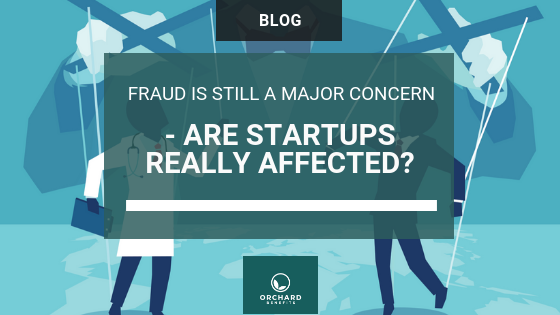 Fraud Is Still A Major Concern – But Are Startups Really Impacted?

There is a lot of money in insurance.

According to the Canadian Life and Health Insurance Association, private insurers paid out a whopping $34 billion in health claims last year! And as history has shown us, when there is a lot of money pooled in any given area, it can inevitably trigger greed – which in this case comes to the surface in the form of fraud.

The underbelly to this means that between $600 million and $3.4 billion is being stolen annually.

While many still underestimate the consequences of submitting false or misleading claims, fraud is still a major concern in Canada.

How the frontlines of fraud are now being fought

Last March during Fraud Prevention Month, we discussed how startups can protect themselves against fraud amidst the multimillion-dollar TTC benefits scam which cost more than 250 people their jobs, and it’s interesting to see where the conversation has evolved from there.

Some insurers have taken their fight against scammers to the next level.

In 2017, over 1,500 fraudulent healthcare practitioners were cut off across the country, so while the fight against fraud is a long one, it shows these new techniques are working.

Whether it is cutting off fraudulent healthcare practitioners, conducting proper internal education or leveraging the growing opportunities with analytics and reporting, the industry is collectively stepping up to help curb benefits fraud.

Why it’s a bit of an entitlement issue at times

According to the CLHIA, 75% of Canadians (incorrectly) believe that the only punishment for benefits fraud is higher premiums, or being forced to reimburse claim payments – which is not the case at all. Overwhelming numbers like this show the massive disparity between what the impact of fraudulent activities actually are, and how so many Canadians perceive them to be.

Here’s a bit of the psychology that plays into this. If someone has a benefits plan and they’re paying 50% of the premiums, then they might start thinking, “well, I didn’t get my raise this year, and now I’m going to get what I can out of the plan.”

Fraud greatly affects the plan, other employees and can significantly increase the cost of the plan, meaning higher fees and less affordable coverage for Canadians across the country.

But people will rationalize it thinking that it’s just the insurance company’s money, and make arguments to justify why it’s okay.

People aren’t aware it’s an actual crime and that it can follow them for life, and it can feel very much like an us versus them mentality in some cases with larger organizations.

The partnership mentality among startups

There’s very much a family feel within the startup ecosystem. And while instances of fraud can happen in any environment, we don’t typically see this type of deliberate deception from a benefits plan among startups, because the employees are so well taken care of since day one!

Even with a staff of four or five people, there is a robust benefits plan in place, where there aren’t any co-insurers or deductibles, because the company is handling 100% of the premiums.

By and large, the team is collectively bought into the overall mission and are working so closely with the founder because they want to see this thing through – so it’s just such a really interesting dynamic from the top down.

While many people still subscribe to the mindset that group benefits fraud is something that can just slip into a grey area, it’s still an unethical and illegal behaviour that impacts everyone from plan sponsors to families that really depend on that coverage. It is very encouraging to see the entire industry proactively step up with new prevention, detection and education processes to nip benefits fraud before it takes shape, and I’m proud to see the entire startup community leading by example.

The Art Of Structuring Your Benefits Coverage In 2022